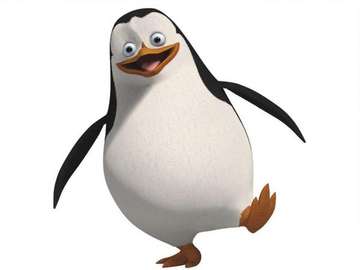 The film tells the story of four penguin commandos - an eccentric strategist Kowalski, a specialist in the explosive tasks of Rico, the youngest and the lowest Serial and the leader of the Skipper group. Penguins fight the secret organization of the North Wind, consisting of the polar wolf Agent Utajnioniego, the Greenlandic seal Detonator, the muscular bear Kapral and eagle Snowflake Eve, to face them with the evil doctor Oktawiusz Mackiewiczowi, who turns out to be a bad octopus Dave and wants to destroy penguins from around the world.