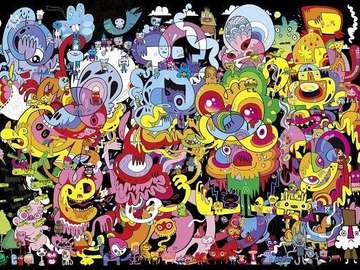 Where is Nemo - The Great Barrier Reef is inhabited by colorful fish called clownfish. One of them named Marlin meets tragedy. The predatory fish devours his wife Coral and almost all eggs eggs, from which any day hatched young clowns were hatching. Little Nemo, the only surviving son of Marlin, becomes the meaning of his life. But when the overprotective father decides to send him to school, another disaster happens: a little clownfish is fished out of the ocean by a diver and goes to an aquarium in a dental office in Sydney. Marlin, though suffering from the fear of the open ocean, sets off to save his son. He is accompanied by a great, forgetful Dora.