Barbie and the magic of Pegasus 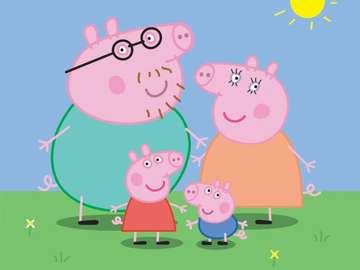 Description of the plot It all starts when Annika has her birthday. When the princess's mother enters her bedroom, Annika is not there. The queen sounds the alarm right away. Annika spends her time ice skating. When she returns home, her parents are happy that she is fine, but they are angry that she did not listen to them and left the castle herself, so they take her skates for it. Annika, not understanding her parents, goes to her room. In the evening, seeing people having fun at the ice rink, she decides to leave the castle to join them, taking her skates on the way. Suddenly, Wenlock emerges from the clouds while the girl is ice-skating. Annika's parents quickly show up and tell Wenlock to leave. This one says that he flew for his future wife. When Annika refuses to marry him, Wenlock turns the king and queen, as well as his subjects into stone, and gives the princess three days to decide to become his wife, but if she does not agree, the spell will be irreversible. Suddenly, a pegasus flies out of the sky and takes Annika to the Kingdom of the Clouds. There, the princess learns that her sister Brietta, whom Wenlock charmed, is hiding in the form of a pegasus. And so Annika, Brietta and Aidan, whom they meet in the forest, create the Wand of Light, reverse all evil spells and disenchant Brietta.